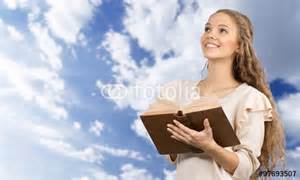 One of the great passions of my heart is discipleship. The greatest joys I experience are when I lead a group of women through the study and process of how to grow as a disciple of Jesus Christ. One of the ways we discover our passion is that we have the desire to read any and everything we can get our hands on in that particular area. Recently in some of my reading I came across a wonderful Bible reading plan called the E100 challenge. It can be found at http://www.E100challenge.com

I am a proponent for reading through the Bible chronologically. I have done it many times. The material I often use in discipleship suggests this and it forms the framework for that discipleship process. I love it! But, I find reading the Bible through is difficult for many, especially for young busy moms. So, I was excited when I found this plan.

The Old Testament is something we sometimes shy away from in our daily readings which is very unfortunate. It is there that we form Biblical foundation of who God really is and what His plan is for His people. If we don’t start there, our view of God will be limited. A Biblical worldview of God must come from His Word, the Bible. It’s this worldview that will hold us up when difficult days come, and they come to all of us in all shapes, sizes and forms. The E100 challenge plan has 50 daily readings from the Old Testament and 50 from the New. This plan gives an overview of the entire Bible from Genesis to Revelation. Using this type of plan is a way to build the habit of Bible reading into our lives. It will change our lives if we ask God to speak to us, expect him to speak, and live out what He teaches us.

A.W. Tozer says: “What comes into our minds when we think about God is the most important thing about us.” As they read God’s Word, I’m encouraging my discipleship group to look for truths they learn about God and truths they learn about man. Then, ask God to show them what He is saying personally to them. I continue to be amazed at what God teaches me and how He helps me grow up more and more into becoming the woman He desires when I spend this kind of time in His Word. It’s a place of joy, of peace, of total contentment . . . and I am transformed. 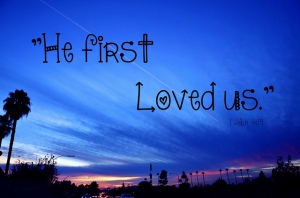 “Stay here awhile, so that I may give you a message from God.” These were the words Samuel spoke to Saul when the time had arrived for Samuel to let Saul in on the news that he would become king of Israel. Messages in the Old Testament were delivered through prophets of God. What a blessing and privilege it is to live during the time when we have the written Word that speaks to us personally. We don’t have to depend on another person to deliver a concise message to us. It’s a message I can find. It is here. It is easy to find. God’s Word says, “This command that I give you today is certainly not too difficult or beyond your reach.” Deut. 30:11.

This message is in the most important book ever written: the Bible This book has the message we all need to hear over and over: God loves me. God loves you.

This is the message of truth that when believed, accepted, and lived out will bless me beyond measure and allow me to be a blessing to others. I will not understand God, the reason He sent Jesus, nor have joy in this life without drinking in the meaning of this perfect love. The truths in Ephesians 1 and Psalm 139 say it all:

May we immerse ourselves in these truths over and over until they run through every vein, pumping life into the depths of our soul. There we will find joy, peace, and freedom that we’ve never known before. 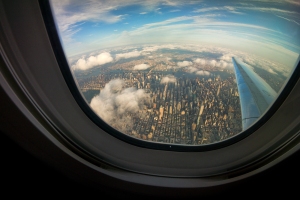 One of my modern day heroes is Charles Colson, a man who served time in prison because of wrongs he committed in the 1970’s Watergate Scandal. The book “Born Again” chronicled his life, involvement in Watergate, and his conversion.  Colson served as special counsel to President Richard Nixon. He was a hard man who was known as Nixon’s hit man, his hatchet man, the ‘evil genius’ of an evil administration. I stayed up all night devouring the book.

He became one of my heroes because he’s a picture of what God can do through a man who is willing to be broken and to repent of his sin and put his complete trust in Christ alone for salvation.

I marvel at the ministries he began after serving time in prison. He founded Prison Fellowship which is an outreach program to prisoners, ex-prisoners, and their families. He also wrote books about worldview and founded “The Chuck Colson Center” which does research, study, and networking to help people grow in developing a Christian worldview.

I remember when his books on worldview were published. I looked at one of them, decided it was too challenging to read, put it down and thought “what’s the big deal about worldview”. Actually, I had no idea what worldview meant until I began understanding how to disciple women in a more dynamic way.  My passion is discipleship. To disciple well I must not only understand what a worldview is; I must communicate the importance of living with a Christian worldview to those I disciple. I now know that a biblical world view is crucial to living an abundant life in Christ.

So what is a worldview? We all have one and it includes the following: 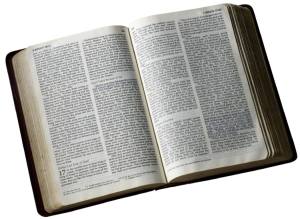 My husband and I were recently having fellowship with two other couples and we talked some about our religious up bringing and how it affected our spiritual lives. One friend was brought up in a religious legalistic home where he was told things that made him feel he was bad. He continues being plagued with feelings of feeling unloved, unworthy, and shamed. He spends much of his life looking for someone(like his wife) or something that will make him feel “good” about who he is. In the world of psychology I guess he would be considered to be co-dependent. He’s having to depend on people or circumstances to find his worth and reason for living. I was able to share where my worth came from during our conversation. I was filled with incredible joy as I was able to look at him and lovingly say that I am completely loved and accepted by my Creator, the One and only God. I was able to say that there was nothing I could ever do that would make Him love me less. Yes, there are times my failures will bring God sadness, but it never makes Him love me less. I am completely loved and I am completely accepted by God. What joy and freedom that gives me!

I loved a story I read in the book “Fun Loving You: Enjoying Your Marriage In the Midst of the Grind” by Ted Cummingham. He has a clear plastic jug that he calls the “Love Jug.” Every once in a while when his family is together he brings out the love jug. He places a different kind of glass in front of each, and even has a glass out for others who are in their life like teachers. Then Ted fills up the jug with water and asks the question, “Who is the source?” The kids respond “God”. He says, “That’s right. And our job is to connect to Him and allow Him to fill us every day. Then we go out and give our family, friends, and strangers the overflow”. He pours water from the jug into the glasses and then asks,” How do I replenish the water that I poured out? Do I wait for others to pour back into me?” His children respond, “ No, God refills you.” His children are getting a glimpse of understanding what codependence looks like. They are learning not to depend on others for finding their significance and satisfaction for life. They are learning that only in connecting to God and understanding His love and acceptance of them will they truly find value and that leads to a life of joy and peace. I want to daily live in that kind of freedom.